← more from
In a Circle Records
Get fresh music recommendations delivered to your inbox every Friday. 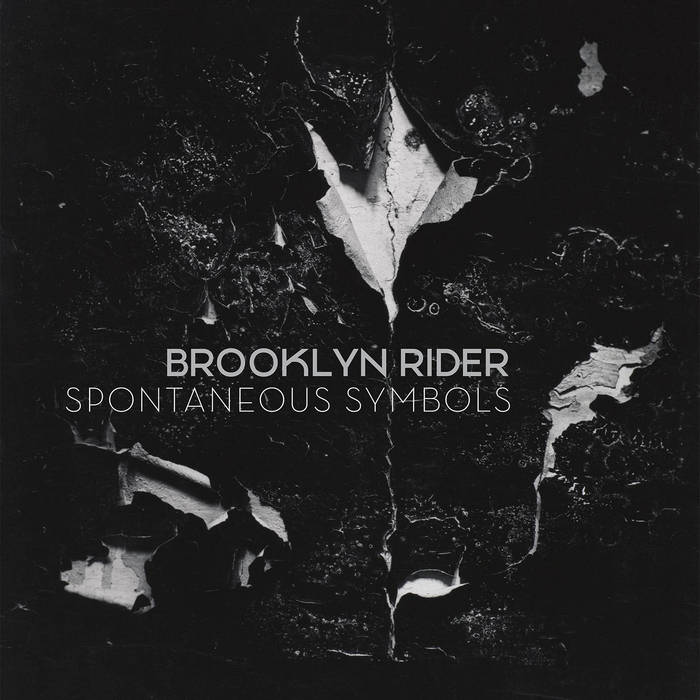 All the music on the album was written for the group, by composers from the extended Brooklyn Rider family including Tyondai Braxton, Colin Jacobsen, Evan Ziporyn, Paula Matthusen and Kyle Sanna.

Tyondai Braxton – a Brooklyn resident and veteran of the math-rock band Battles, which he co-founded – composed the highly virtuosic ArpRec1 generatively using a music software program. Inspired by the compositions of Fred Lerdahl and Iannis Xenakis, the work was commissioned by Washington Performing Arts and premiered by Brooklyn Rider at Washington, DC’s Sixth & I Historic Synagogue in the spring of 2015. The New York premiere followed a year later when the quartet participated in the NY PHIL BIENNIAL. Braxton’s music is also featured in Some of a Thousand Words, the quartet’s collaborative project with Guggenheim Fellowship-winning choreographer Brian Brooks and former New York City Ballet prima ballerina Wendy Whelan, which continues performances this season at venues on both coasts of the U.S.

Brooklyn Rider's own Colin Jacobsen is a prolific contributor to the group’s repertoire. Most of their albums feature at least one of his compositions, including last season’s Naïve Classique release, So Many Things, on which eminent Swedish mezzo Anne Sofie von Otter sings his Carnegie Hall-commissioned For sixty cents. For his contribution to Spontaneous Symbols, he pays homage to the diverse world of NYC's downtown music scene in the 70s and 80s, which included the likes of Glenn Branca, John Lurie, Meredith Monk, the Velvet Underground, the Ramones, and many other visionary musicians, while seeing them through the lens of John Cage and J.S. Bach. Titled BTT, the work also premiered at the quartet’s 2016 NY PHIL BIENNIAL performance and is featured in the Some of a Thousand Words project.

Evan Ziporyn is founder of Bang on a Can All-stars, renowned new-music clarinetist and Kenan Sahin Distinguished Professor of Music at MIT. For the quartet’s So Many Things project with von Otter, Ziporyn was commissioned by Carnegie Hall to arrange “Am I In Your Light?” from John Adams’ Doctor Atomic. His composition on the quartet’s new album is a spellbinding work exploring the different aspects of Qi, the Chinese concept of psychophysical energies that permeate the universe. The piece was commissioned by Brooklyn Rider and premiered at the group’s Stillwater Music Festival in Minnesota, where Ziporyn was the featured composer, in the summer of 2013.

Brooklyn Rider gave the U.S. premiere of noted electro-acoustic composer and Rome Prize-winner Paula Matthusen’s on the attraction for felicitous amplitude for string quartet and electronics at Wesleyan University, where she serves as Associate Professor of Music, in 2015. Part of a series of works based on field recordings in sites of historical infrastructure, the work amplifies the mysterious sounds and resonant frequencies of an ancient Roman cistern buried beneath the American Academy in Rome, where Brooklyn Rider premiered the work.

Finally, Brooklyn guitarist, composer, producer and arranger Kyle Sanna looks to the influential mid-century American photographer and founder of Aperture Magazine in his episodic musical essay Sequence for Minor White. Sanna has performed with and arranged for a range of artists, many of whom are also important parts of the Brooklyn Rider extended family, including Yo-Yo Ma and omnivorous banjo virtuoso Béla Fleck. Sanna arranged the Kate Bush song Pi for Anne Sofie von Otter and the quartet on So Many Things, and his arrangements of traditional Irish tunes will be heard on Brooklyn Rider’s upcoming collaborative album with Irish fiddler Martin Hayes.

Bandcamp Daily  your guide to the world of Bandcamp

Lance Skiiiwalker joins the show to discuss his most recent releases